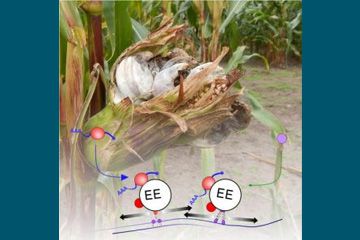 In particular in highly polarized cells like fungal hyphal early endosomes carry out two distinct functions. Firstly, during endocytosis they function as transport unit to deliver cargo towards the lysosome/vacuole. Secondly, the same early endosomes are used to deliver cargo like mRNAs, associated ribosomes as well as protein complexes over long distances to ensure efficient polar growth. Studying the evolutionarily conserved protein Did2 revealed that this ESCRT regulator is needed to coordinate these two seemingly independent functions. This has implications for the role of early endosomes in other trafficking processes like during neuronal mRNA transport.